Data and the Pipeline

Setting the Foundation - What thoughts and actions come to mind after hearing our first three presenters? 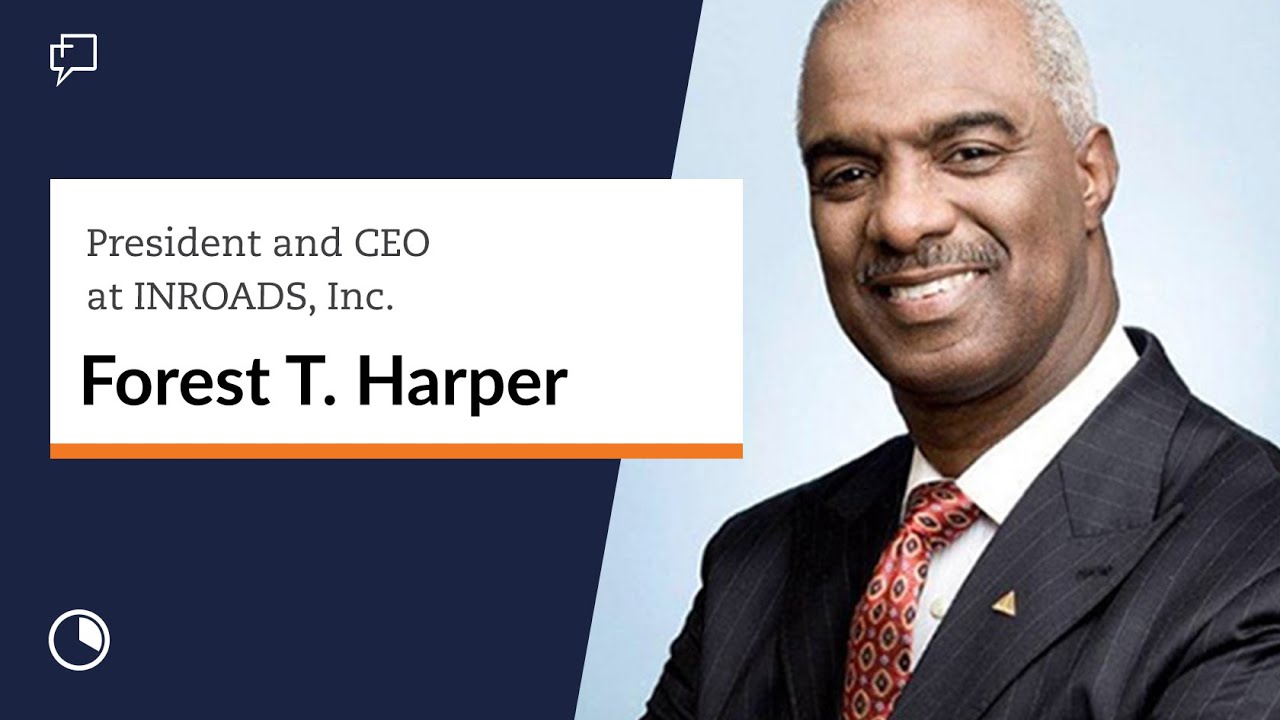 The first step to fixing a problem is to acknowledge that one exists, as uncomfortable as that acknowledgement may be. Forest T. Harper, President and CEO of INROADS, Inc., shares the alarming statistics on today’s leadership landscape for people of color.

They went to work right away. They not only went to work, they made commitments, and they actually pledged over $532 million to correct this situation. It’s now been five years. To date, they’ve made some progress. That number now is nearly 3.8% of representation of tech in terms of diversity and inclusion. They admit they got more work to do, but there’s also more opportunity.

What happens next is what’s going to be an interesting story. And so what we’re saying is that we’re seeing a lot of good work, but we’re also seeing delayed work. At INROADS what we do is we’re part of all of the solutions to building the pipeline in a diverse way. So that the next time that Dave presents five years from now about the CEOs in America, instead of having just three, perhaps we could have 30 Black CEOs in America, or 30 Hispanic CEOs, or 30 Native American CEOs. We’re building it from the pipeline, but we’ve got work to do. And that work to do starts with today.

According to NACE, the National Association of Colleges and Employers, the 200 companies reported out in 2019 that 6% of 42,000 paid internships in America are African-American, just 6%, just 4% of Hispanic. We’ve got work to do. And that work comes with working together and realizing that we’ve got to do some unconventional work, some uncomfortable work to get it done. That’s why we’re partnering with the reality of let’s tell the truth about what we’re all doing with the pipeline to ensure that they’re there, and then retention.

And the last part of this is that the retention part is the next body of work. Because if $7 billion is spent just on increasing the representation, guess what? We’re going to have some brilliant, bright Black and Brown talent coming into Corporate America just busting the doors down. But if we can’t keep them, it’s going to be a challenge. And so I want to make sure that we are here all together to work through, to be able to do things in such a way that all are invited to the table, to include the disabled.

To that end, we’ve got work to do, but let’s work together. We need a community of action, not just a report out. Let’s take the $7 billions and put them into action by working together.

Data and the Pipeline

Education is the Foundation